I’ve been told by a revered marketing guru that it’s not a good idea to write about a book a year and a half before it’s published, and before it even has a title. So I’m not going to write about that book which has no name. But I must share a slice of the process that will go into making it.
(Well, just a little bit about the book: it involves a creative collusion between rural China and the New York fashion world. It’s about using handmade, hand-dyed cloth to create upper-end runway styles. It’s about sustainability—of venerable traditional lifestyles and of the environment. That’s all I’m going to say for now.) 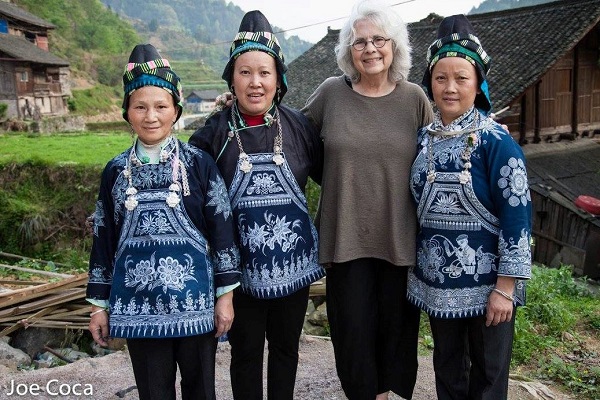 Making this book has involved a trip to rural China with the author, Angel Chang and photographer Joe Coca. We spent most of our time in Guizhou, an ethnic minority province in the southwest part of the country where the mountains are lush and peaky, and the people—Miao and Dong—are down-to-earth and welcoming. (Well, except that they call Westerners, who are few and far between, Big Noses. I’m sure they have their reasons.)
We saw, touched, and reveled in exquisite handspun, handwoven, natural-dyed fabrics, mostly cotton, mostly dyed with indigo, embellished with embroidery so fine it defies the naked eye, or with carefully-wrought wax resist motifs. We marveled at the elegant finishes of many of these fabrics, accomplished by dyeing with indigo, permeating with some manner of protein (pig’s blood or egg white in many cases) and burnishing to a high gloss with interminable pounding. But right now, since I’m jumping the gun, I’ll just show you some of the sights we saw in the tiny village of Matang, an hour’s bumpy ride from the city of Kaili. Just look.

Matang is known as a center for wax-resist fabrics. This community gathering place has a museum of sorts, fabrics for sale, and a work room. 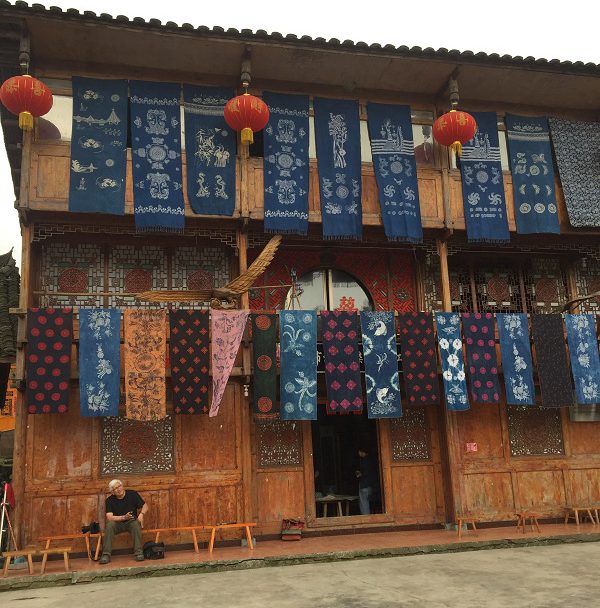 This woman is a master wax artist. She is free-handing traditional motifs on the fabric as part of a demonstration. 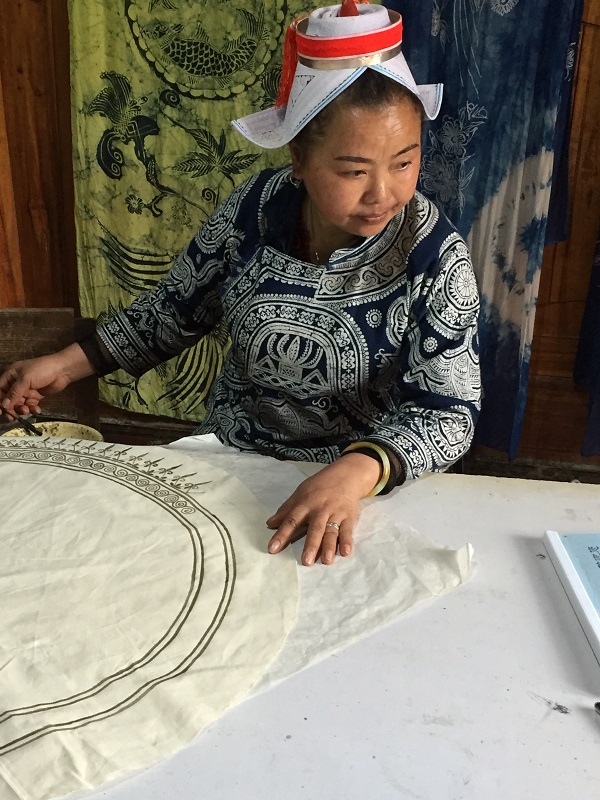 These cloth samples have been painted with wax in intricate, freehand motifs and dyed in an indigo vat, which most households seem to maintain. Next step will be to boil the cloth to remove the wax. 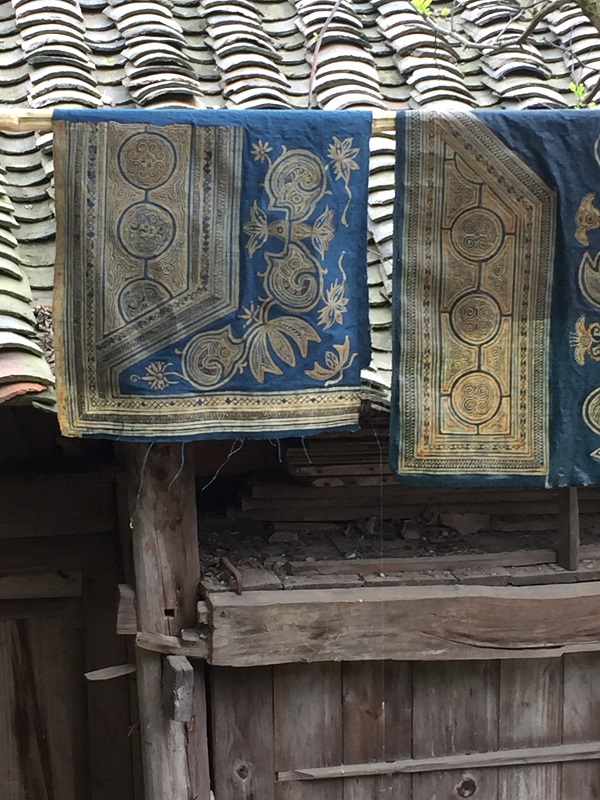 Here’s Joe Coca photographing the de-waxing process in the artisan’s kitchen-work room. The lighting is not optimal. 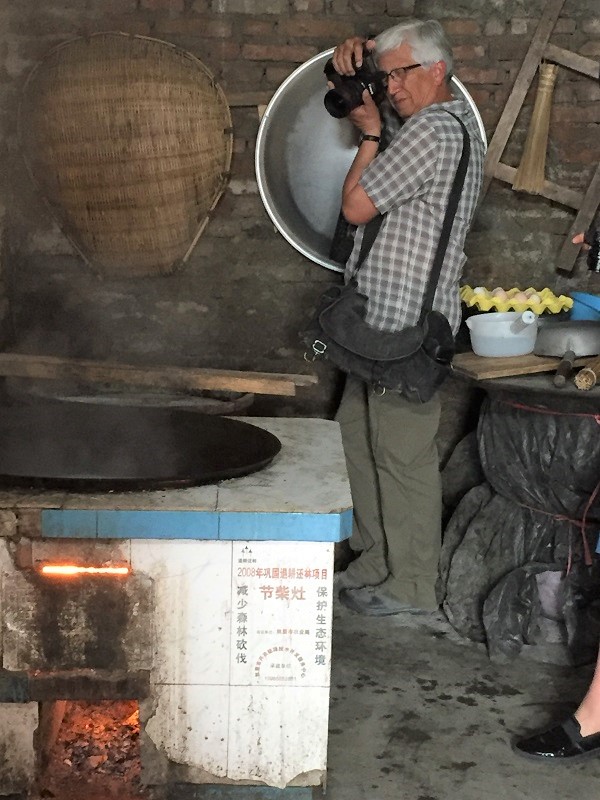 Indigo is everywhere in Matang! 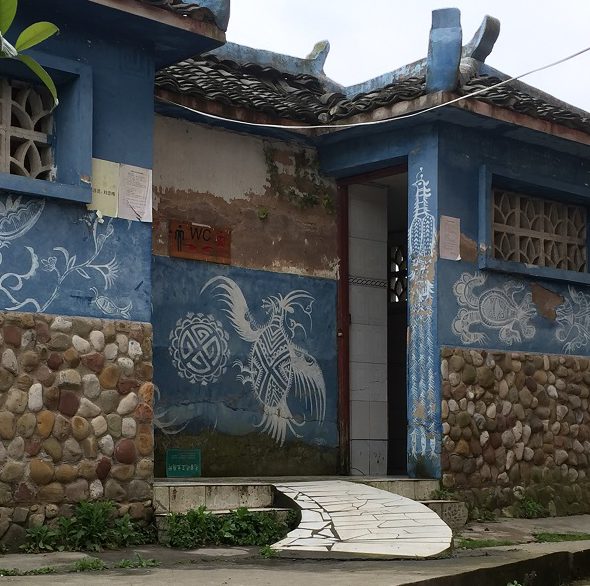 These women were enjoying some Sunday-afternoon social time, and invited us to join them. They were a merry group. 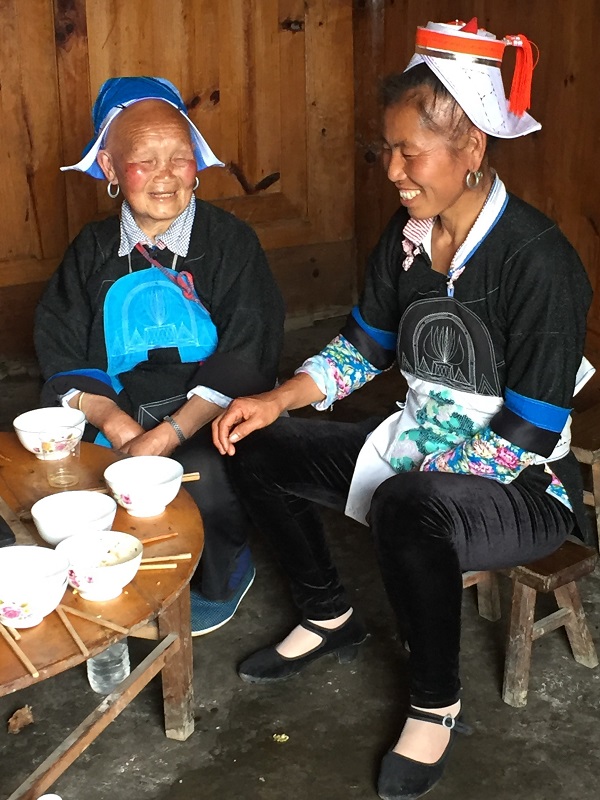 Oh, there’s more. But you’ll just have to wait.

5 thoughts on “China, Indigo, Textiles, and Eventually, a Book”