Our minds and hearts have been in the Navajo Nation in recent weeks, as we have put finishing touches on our new book, How To Weave a Navajo Rug and Other Lessons From Spider Woman (available in October). We’ve also worried and grieved as we hear news of how hard-hit the Navajos have been by the current pandemic. The first book we published with Barbara Teller Ornelas and Lynda Teller Pete, Spider Woman’s Children: Navajo Weavers Today, tells the stories of so many gifted weavers living their traditions.

Looking through it the other day, I re-read the foreword written by Barbara’s daughter, Sierra Teller Ornelas, and I thought you might like to read it, too. Sierra is a fine weaver of traditional rugs, but is also a television show runner, screen writer, and film maker—she lives an interesting and dynamic hybrid life in L.A. When word came out that the Navajo Nation was suffering for lack of medical supplies and basic life needs, she launched a fundraising campaign that raised more than $250,000 in a matter of days. That fundraiser is closed now, but donations can be made to the Navajo & Hopi Families COVID-19 Relief Fund or the official Navajo Nation Covid-19 Relief Fund. The needs are great. But here’s Sierra, in happier times. I love her take on a traditional weaver vs. Vincent VanGogh.

Every Rug Tells A Story

Every rug tells a story. When my mom and I are together, we often run into one of her weavings. It always happens. We might be window shopping at a Santa Fe art gallery or checking out a museum exhibit or visiting a collector’s house. She’ll spot her piece and walk over to it. Compelled by the memory it evokes, she’ll tell me everything about the rug and what we were going through at the time. (“I had just started dating your dad when I wove that . . . I got most of the wool from your Grandma Margaret . . . We used some of the money to go to San Francisco for the ﬁrst time . . .”) She’ll tell me who bought it and if they were fair in the negotiation. She’ll point to areas of pattern and explain their signiﬁcance. (“That dot is you. That one is your brother . . . ”)

Some rugs were a respite during lean times, others brought a payday that literally changed the course of our lives. Some rugs took her around the world. I live for these moments, not just with her, but also with my aunt Lynda, my brother Michael, and the other weavers in our family. Each story is a delicate time capsule holding our family’s history and the artistic path they’ve carved out for themselves. It’s my family’s favorite pastime, sitting in one of our kitchens and “talking shop.” One of us will give the play-by-play of a recent sale at an art market or describe how laborious it was to ﬁnish a piece. (“That rug almost killed me” is said often.) They’ll pitch grand plans for future pieces, inspired by a rug from the 1800s or a recent video game.

Weaving is an often obsessive endeavor, and weavers are always working with the next piece on their minds. In the corner of her workroom, my mom also has half-ﬁnished rugs, still on the loom, covered with muslin sheets. These tell the stories of weavers who have passed on. She keeps them and holds the hope that she or perhaps a younger generation, one that may not even be born yet, will take them and ﬁnish them.

It was during one of these shop talks that my aunt and my mother ﬁrst told me about their plan to write this book. (To steal one of Aunt Lynda’s phrases: Holy buckets! You guys wrote a book!) They explained they’d met Linda Ligon, who has published books on weavers from around the world, and how she was interested in doing one on Navajo weavers. For months, they would come back with stories of traveling the back roads of our Navajo Nation, meeting and visiting fellow weavers. They met elder weavers and listened to their stories. They met weavers in their prime, who spoke of success at marketing their work. But the ones they were most excited to hear from were the young weavers. My mother would say, “They are our future. They will hold our stories. Because of them, Navajo weaving will always be strong and present.”

My aunt and my mom had a great vision for how they wanted to make this book different from others previously written by non-Navajos and nonweavers. This would be a book by us and for us (though all are, of course, welcome to enjoy). I think they did a great job of capturing the breadth and complexity of who we are and what we do. When they described their plans, I was immediately reminded of a memory from my past: I was a teenager and my parents drove my brother and me to the Los Angeles County Museum of Art to see a traveling exhibit featuring the painter Vincent van Gogh. I was really excited to see his work in person. The exhibit included detailed text panels describing van Gogh’s life, the letters he wrote, and his evolution as an artist.

When we were done, my mom noticed that in an adjacent gallery there was an exhibit of Navajo chief’s blankets, and she led us in. Woven in the latter parts of the nineteenth century, the blankets towered over us, looming with artistry and color. My mom spent a quiet moment with each one. On the car ride home, she pointed out that the weavers who made those chief’s blankets wove them at the same time van Gogh was painting, “and everyone knows who he is, but no one will ever know the names of those weavers.” Spider Woman’s Children aims to put into print what we’ve known for centuries.

Whenever I look at a rug, I always wonder, who was the person behind the loom? What was she going through when she made it? Was he a caretaker for his family? Was she self-taught? Was he far from home or surrounded by loved ones? Was she in the middle of hard times or her renaissance? Every rug tells a story, and these are ours. I welcome you to take a seat at our kitchen table and listen as these weavers share their histories and those of their families through the medium of my favorite American art form.

Read more about the lives and work of today’s Navajo weavers in Spider Woman’s Children. 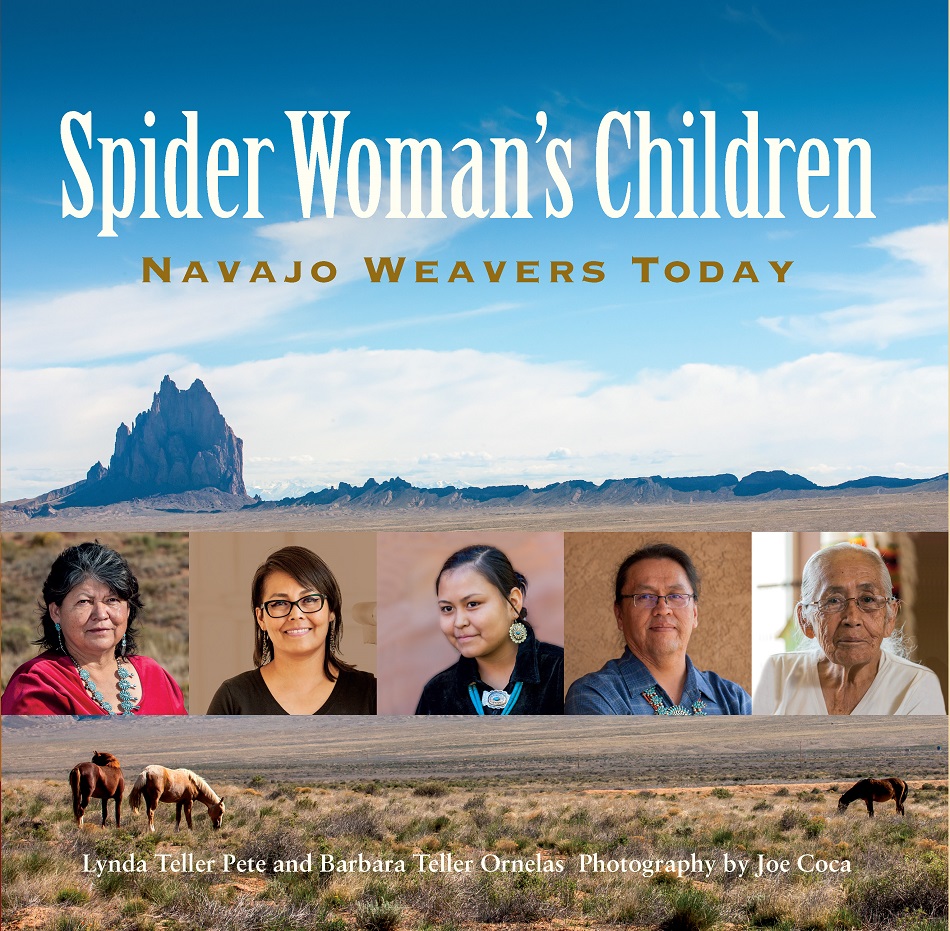 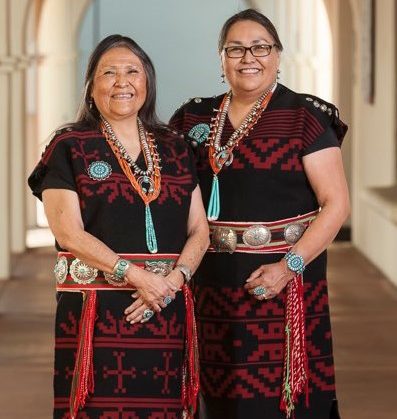 How to Weave a Navajo Rug and Other Lessons from Spider Woman is available now for pre-order—ships in September. 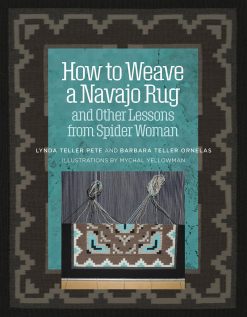 One thought on “Every Rug Tells A Story”