My fascination with kipus likely began when we were working on our book Secrets of Spinning, Weaving, and Knitting in the Peruvian Highlands in Chinchero, Peru. Kipu, from the Quechua word for knot, are the knotted cord devices that the Inca used for record keeping. They were made of long cords of thread suspended from a single or primary cord. Along each of the individual cord’s length are a complex series of knots: overhand knots, long knots, or figure-eight knots, which represent the number one.

With no written language per se, the Inca created this complex device for recording statistical and numerical data that pertained to affairs of the Inca empire, such as census data, the movement of people, or the inventory of goods. Scholars believe that within these knots were also notes to guide the recitation of myths, like a kind of mnemonic, so story was encoded in the knots as well. Still others think that the knots represented an alphabet, arguing that the kipus are a more literal linguistic system.

I’d known about kipus before that trip to Chinchero, but as I watched young Ronaldo demonstrate how to make q’urpu—knots knitted into children’s hats—my perspective shifted. We think of the knotted threads of kipu on display in museums around the world, as archaeological remnants to be studied, as testament to the sophistication of the Inca Empire, but here was a boy from a remote highland village making the knots of his ancestors as a routine part of his everyday work.

I’ve learned a bit more about kipus since then, and last summer visited a special exhibition of several varieties of kipu at Dumbarton Oaks in Washington, D.C. Recently, publisher Linda Ligon, kindly loaned me a kipu she had purchased a decade ago in Cusco, Peru, so I could run those knots through my fingers, make my own account. 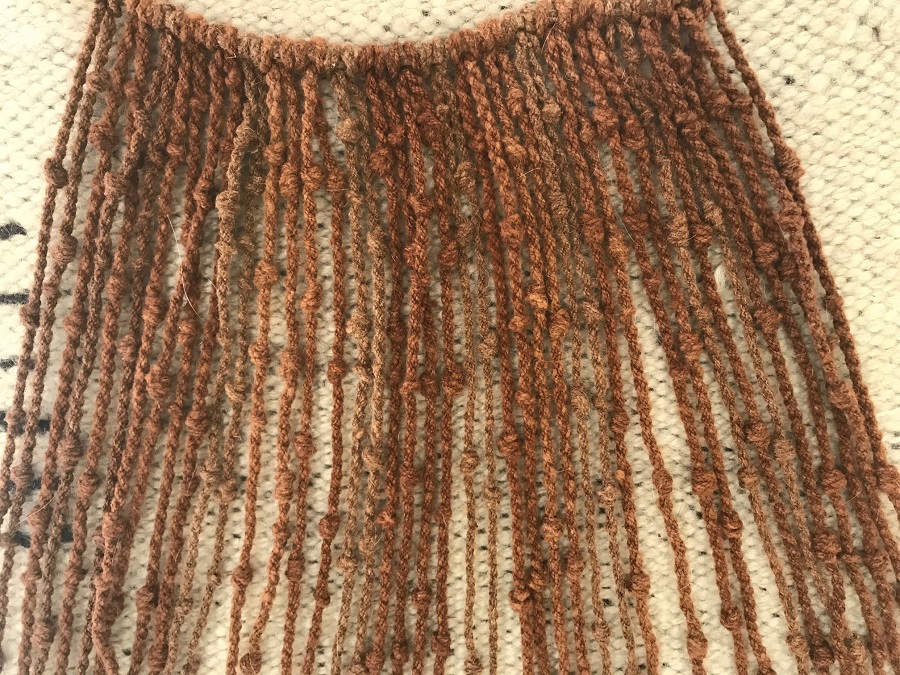 Many kipus are tiered clusters of knots, but others are randomly tied knots across what’s called the “plain” of the kipu, and these may be the ones that don’t record numerical data but record narrative information. And that seems to be the variety of Linda’s kipu. The fellow she bought it from swore authenticity but could give no provenance. While it would be good to know its history, that doesn’t really matter for me. I’m in love with the idea of thread as story, more than I am the story itself.

There’s nothing new about that. Just look at patterns and colors woven in a Guatemalan or Mexican huipil, or a Peruvian manta, or motifs in a Berber rug, or designs of woven ceremonial Lao silk, and you know that thread tells its story, personal and communal. But for me, the kipus are more. They weren’t just cultural reflections, they were quite literally keeping track of the world and on a grand scale. May the threads of their stories live on.

Discover more about the knitted knots of Peru in Secrets of Spinning, Weaving, and Knitting in the Peruvian Highlands. 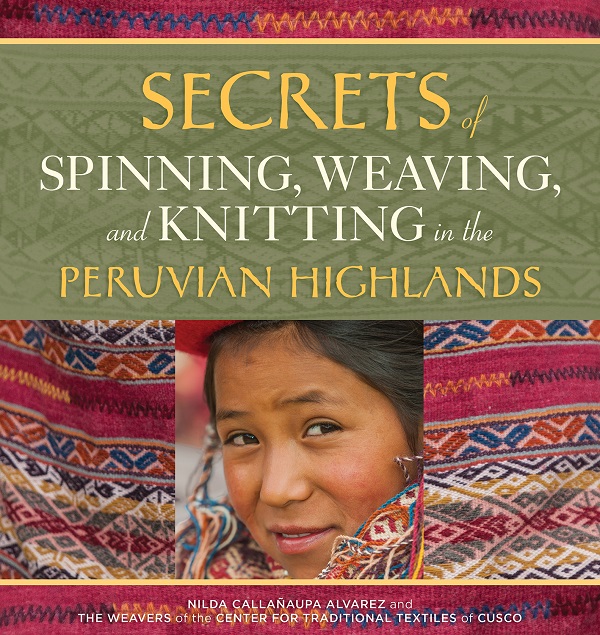 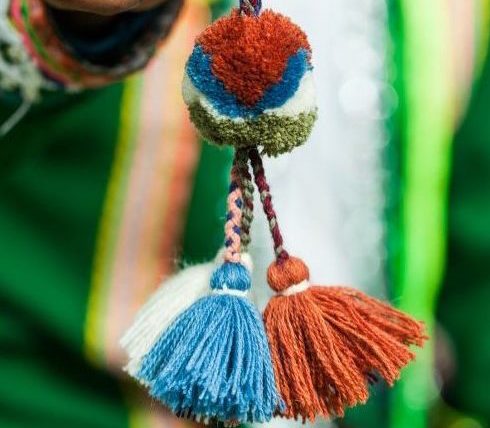 Secrets of Spinning, Weaving, and Knitting in the Peruvian Highlands