My extended family and I (all fifteen of us) spent Christmas in Cuba. We stayed in random Airbnb rooms in Havana’s old Centro neighborhood, in once-grand shabby houses where the amenities were sparse but the people were wonderful. 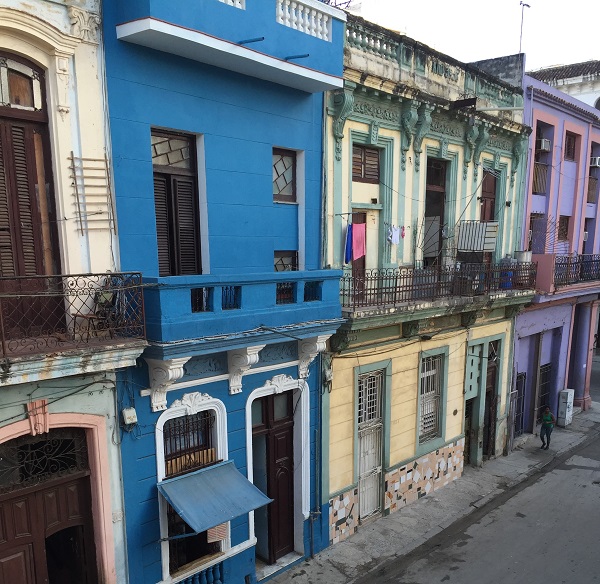 A couple of our hostesses made daily breakfast—eggs, black beans, fruit (bring your own hot sauce)—and a couple of festive dinners—pork or chicken, black beans, fruit. You don’t go to Havana for gourmet food or much variety. We walked the streets, stopped in bars to hear great music, stopped in bars for mojitos or daiquiris or lemonade (the youngest among us is five years old). We admired the cars. The lovingly-tended Chevys and Buicks and Plymouths from the 1950s brought back memories (the oldest among us is seventy-five), never mind that many of them run on Soviet tractor engines after all these years. We tried our pidgin-Spanish on the neighbors, we tried the tricky eight-step salsa dance. 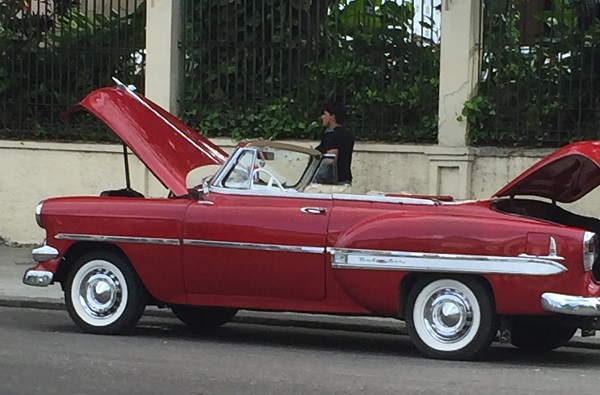 It was a great trip. What was missing, for me, was handmade textiles. I don’t think I’ve ever been in a country so lacking. Not just in traditional work, but even old-lady crochet or knitting. Not until we visited the Museo de Revolución did I spy one single piece of cloth crafted by human hands.

The museum is housed in the palace of the former dictator, Fulgencia Batista, and it consists of a thorough day-by-day documentation of Fidel and Raúl and Che and their guerilla bands descending on the city and taking charge. The exhibits are simple and gritty: here is a bloody shirt, here is a random shoe. Here is a gun.

I was feeling dazed by it all, until we came upon one display case which held a hand-embroidered armband. “Libertad o Muerte.” Liberty or Death. M-26-7 (Movimiento 26 July). The embroidery is crude but sincere. I’ve concocted all kinds of narratives around this little piece: made by a woman for her rebel lover? Made by a woman rebel? Made by a man who wasn’t so skilled with a needle? Who knows. I try to comprehend the emotional intensity implied by each stitch. Liberty or Death.  I’ve never seen anything like it.
—Linda

5 thoughts on “Looking for Textiles in Havana”