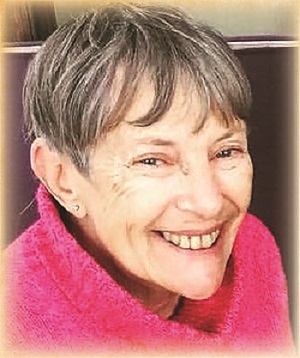 This is an unusual species with only one known member. Carolus karasikii, commonly known as Carol Karasik, can be found in the jungles of eastern Chiapas, the cobbled streets of San Cristóbal, the deserts of the American southwest, the rural villages of Southeast Asia, or the libraries of Washington, D.C. Her plumage is colorful and variable, her stance alert, her flight patterns unexpected.

Most often known these days as a fierce and effective editor, Carol has also authored books, directed films, conceived art installations, and scrutinized the skies as an archaeoastronomer. Truly a rare bird. Rare mushroom, too, I guess: Boletus carolina is named for her. Makes sense, as there’s much more to a mushroom than meets the eye.

I first got acquainted long-distance with Carol when I was working on the North American edition of A Textile Guide to the Highlands of Chiapas, which she edited. I met her in person for the first time in Palenque, where she was living in a sort of tree house in the jungle, working on a novel, a strange novel: The Drum Wars: A Modern Maya Story. She was making ends meet as a guide to the Maya ruins of eastern Chiapas, and you’d be hard-pressed to find a serious anthropologist or general Maya enthusiast who hasn’t benefited from her guidance over the past many decades. 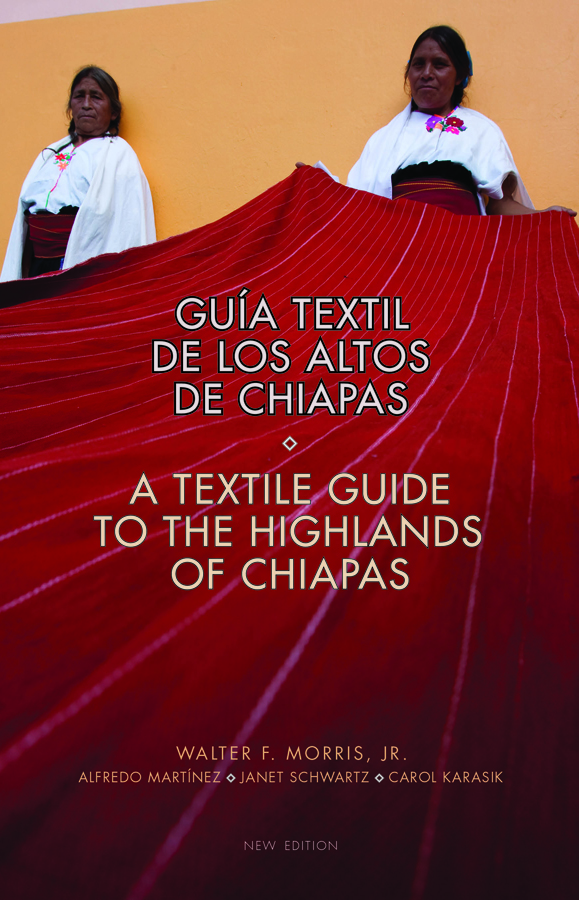 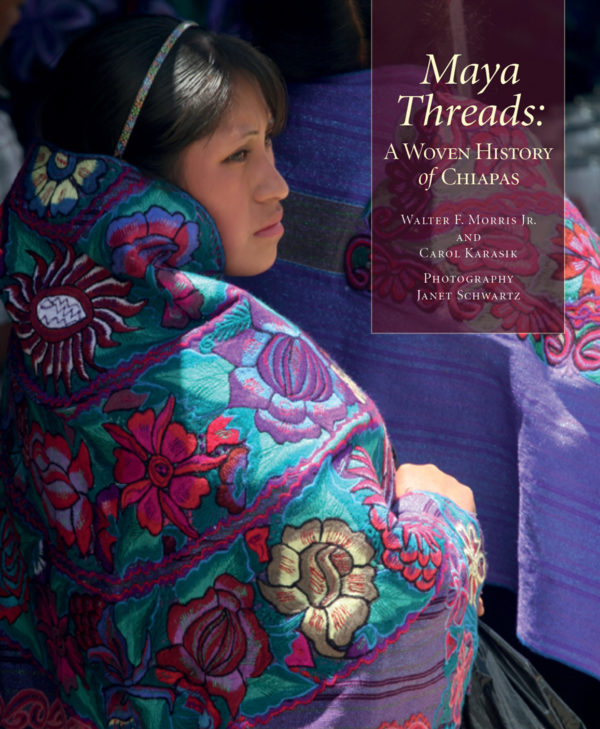 That Kind of Book

After Maya Threads: A Woven History of Chiapas was published (with Carol as Chip Morris’s co-author), she pitched me an idea: she had been working for years on a telling of ancient Maya myths and legends. Her research ran deep, as did her passion for this project. She envisioned it as a young adult or children’s book. “We don’t publish that kind of book,” I stated firmly. Each time we met, she would update me, and I would restate my position, firmly. At some point, though, I asked to look at it, just out of curiosity. I sent copies to my three children to read to the grandchildren, just to see how it would fly. Oh, it flew. Everybody loved it. Nobody does gods and monsters like the Maya, or tells them like Carol.

And so it went. We would be in touch from time to time, working on projects she was editing for me. I’d remind her that we don’t publish that kind of book. Until we did. 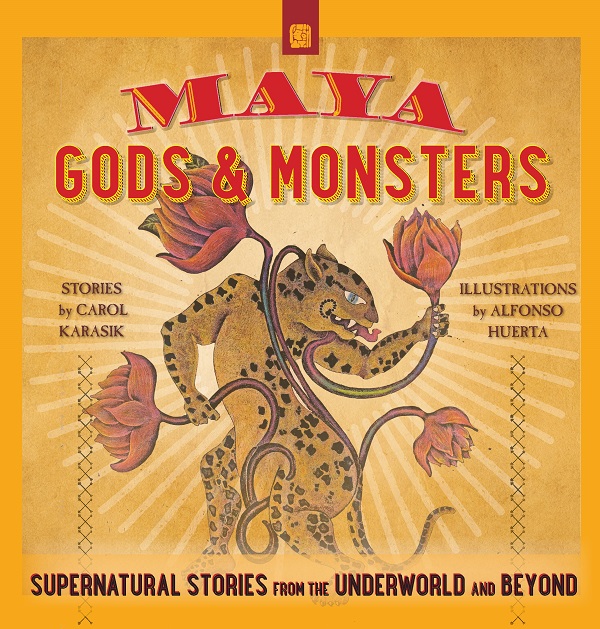 Maya Gods and Monsters: Supernatural Stories from the Underworld and Beyond arrived in our warehouse just last week. It’s available from ClothRoads right now, or on pre-order from Amazon. Was it because Carol was persistent, or because I caved in? Neither. It’s a book that needed to happen, and definitely not just for children. Nature has Her ways.