Linda wrote the post below over two years ago, after she and photographer Joe Coca had returned from a photo shoot for Traditional Weavers of Guatemala: Their Stories, Their Lives by Deborah Chandler and Teresa Cordón. We thought it would be fun to have a look  back at those behind-the-scenes photographs of Joe at work, but this time show you the photographs through his lense, photographs that actually appear in this stunning new Thrums book.
But first, Linda:
If a picture is worth a thousand words, then I just witnessed the visual equivalent of about five million words being created over the course of a couple of weeks. The place: Guatemala. The picture maker: Joe Coca. The project: an upcoming book on traditional textile workers in Guatemala, by Deborah Chandler and Teresa Cordón.

As we traveled over many miles of winding mountain roads, dodging sink holes and watching the altimeter go from 1500 feet to 7000 feet and back down again and again, I couldn’t help but notice that photography is hard work. All I need when I travel is a notebook and a stash of pencils. Joe on the other hand, was hauling two big cameras, bazooka-size lenses, lights, tripods, reflectors, batteries, who knows what else. And that was his “simple” setup.

Thanks to great advance work by Deborah and Tere, we were welcomed into the homes of weavers, spinners, basket makers, embroiderers, and bag twiners from one side of the country to the other. Sometimes the home was in a small village or town, sometimes on a small farmstead. Chickens wandered in and out, as did children, grandchildren, nieces, nephews, and stray dogs. Some of our hosts signed their photo releases with a thumb print; some spoke only Caqchikel, Quiche, or another of the many varied Mayan languages. But all were welcoming, happy to see us, happy to share their work.

Their work, to a large extent, is endangered, and they know it. Thus their willingness to let this gringo photographer with major equipment into their homes. Their smiles were gracious, even after telling us their stories of communities decimated by earthquakes and mudslides, of families decimated by a thirty-year civil war. Textiles provide the literal and figurative threads that hold Maya culture together, and it’s far easier to express this in pictures rather than in words. You’ll see it in the faces, the hands, the tools, the cloth—once we get this book pulled together.
—Linda Ligon

Well the book has been pulled together, and we think you’re going to like it. Here’s a peek at a few pages, showing the masterful Joe Coca at work and then one of the actual photos used for the book.  Enjoy!

And after some serious staging work, Joe captures more than just a smile from the unforgettable Don Domingo. 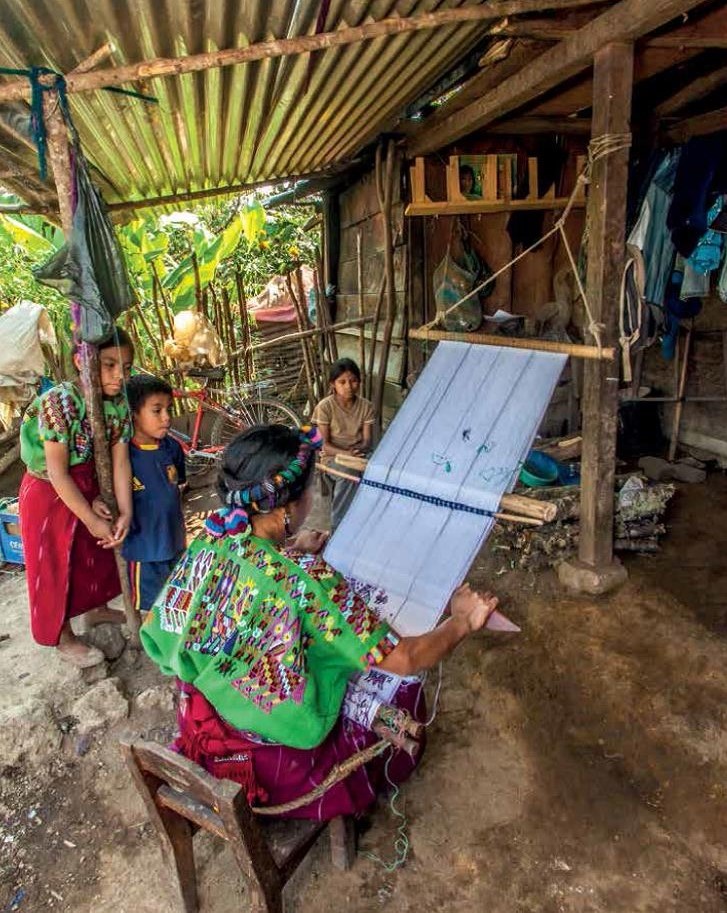 Maria Raymundo talks about the huipiles that she has been weaving since she was a girl as Joe Coca snaps away.

One of the many photographs of Maria Raymundo and her family in Thrums Books’ newest release, Traditional Weavers of Guatemala: Their Stories, Their Lives. 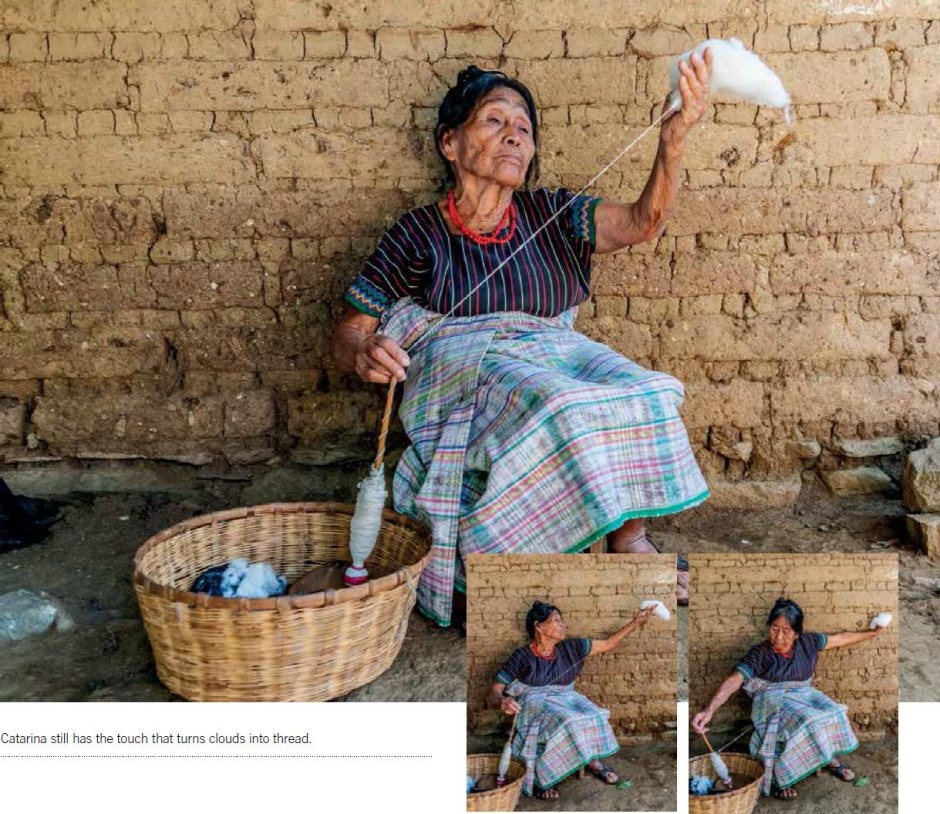 Catarina Amperez Siana spins cotton at her home in Rabinal, Guatemala, as she has done since she was eight years old, while Joe Coca zooms in for the perfect shot. Joe’s photograph beautifully shows the heart of Doña Catarina, turning “clouds into thread.”

One thought on “On The Road, Again—In Guatemala”