Enjoy this story of Amalia Guë, a beautiful, steadfast earth mother of a woman, featured in Deborah Chandler’s Traditional Weavers of Guatemala: Their Stories, Their Lives. I cannot forget visiting her six years ago when we were working on the book: shafts of sunlight coming through cracks in the walls to illuminate the fine work the weavers were doing; a hospitable lunch of beans with tortillas to scoop them up; children laughing down the mountainside. So much beauty.
—Linda Ligon, Publisher

Amalia Guë was born in Simajij, an aldea in north eastern Guatemala that at that time had no road and could only be reached on foot. The ﬁrst of what were eventually eight siblings, she was only four years old when they left Simajij because it had gotten too dangerous. The killings there seemed to be random, and just walking down the road was risky. Her grandfather, killed near the corner of his house, was the only person their family lost during the Time of Violence. They moved to Samac, an hour’s walk down the road, but safer. Eventually, they recovered the land they had had to abandon, but they never moved back.

Amalia’s grandmother was a backstrap weaver who taught Amalia’s mother how to weave, who then taught Amalia, who is now teaching her daughters.

Amalia is the President of the Grupo de Mujeres Ix Balam Q’ue’, Diosa de la Luna (Group of Women, Goddess of the Moon). With sixty members [now only twenty-five], the group is focused on keeping the traditional weaving technique of their area alive. Pijbil is woven in a number of communities, each with its own variation, but the Samac version is pijbil in its purest—and most challenging—form.

Woven entirely with a 20/1 single-ply non-mercerized cotton, the cloth is a gauzy plain-weave foundation with inlaid designs of plants, animals, small ﬁgures of women and men, and geometric forms. What makes the work especially challenging, even aside from working with a single-ply warp, is that all of it is white, background and inlaid ﬁgures alike. Challenging and elegant.

The inlaid ﬁgures come from the weavers’ daily lives. The arch may be a hill, a mountain, a river, or a road. Small dots represent grains of corn, beans, or hail. There are little ducks that look just like Amalia’s ducks. Animal paw prints look like those of a dog, but the traditional interpretation is that they’re jaguar prints, the jaguar being a sacred animal in Maya cosmology. Designs also include the leaves of the pacaya plant, which is used for special ﬁestas and ceremonies, especially around the time of Semana Santa, when the plant is mature. Tobacco and corn both attract the hummingbird, and, of course, the spider is the weaver. A star, regardless of how many points it has, is simply a star, often used as a decoration on top of the monstrance in a religious procession.

The inlay is done with a needle-like bone or ﬁne wood pick-up stick that is called pijbil, thus the name of the cloth. Selected warp threads are picked up, and three strands of weft are laid into create the design. Those three threads together give the designs more substance; even so, the best way to see the picture is to hold the cloth up to the light.

Hope for the Future

The community of Samac and the group of women are so far from any markets that it has only been with dedicated help that the world beyond Samac has seen their work. Olga Reiche, a Guatemalan woman who grew up in the area, has been a tireless promoter of the pijbil weavers and their cloth. Having their work in a few good stores in Antigua and now having some international clients as well has been good, but the biggest event by far is their inclusion in the Santa Fe International Folk Art Market. Weaving for that show alone keeps the women working for much of the year, and it gives their traditions and culture great exposure. Amalia has been their representative each year—which is why her son will be able to come and go freely between Guatemala and the United States. When she went to the Folk Art Market in 2013, she was pregnant with an expected delivery date in August. She had miscalculated, and to everyone’s surprise—especially hers—she went into labor her second day there. Fe Francis ended up being born in Santa Fe and so is an American citizen in addition to being a Guatemalan citizen.

Just as baby Fe Francis, called Frankie, will grow up in a world different from his mother’s, so the grandmothers in the group grew up in a world different from that of the younger members. Formal education is part of it. Many of the older women never went to school. Amalia only went to ﬁrst grade and really wishes she had been able to continue. Her six children, three girls and three boys, are all (or will be) in school, leaving Samac to get the best education they can.

Years ago, the only use of pijbil weaving was for huipils. Now, to reach that broader market, the women are weaving table runners, scarves, and other items of many different sizes. Part of the art of pijbil is that the designs are centered, both edges being balanced. The older women, who have spent their lives weaving huipils, have those counts in their heads. Want horses? Count this many threads. Want rows of women and men? Count like this. They know many ﬁgures and the counts for all of them. The designs are not written anywhere; they are stored in memory. But all the counts are for the width and length of a huipil. If you want something narrower or wider the counts won’t work. The younger women in the group are just the opposite. They can measure and re-calculate where the designs need to be for different-sized ﬁnished products, but they don’t yet know how to do many ﬁgures.

Years ago, women wore their traditional clothing all the time, but its use has diminished. There’s a clear distinction between everyday wear and special occasion clothing.  And that’s the main message of working to save the purest form of pijbil weaving from extinction. It is beautiful and it represents the culture in many ways; for both of those reasons and more, it has value.

Discover the histories, hopes, and dreams of textile artisans of Guatemala in the award-winning, Traditional Weavers of Guatemala: Their Stories, Their Lives. 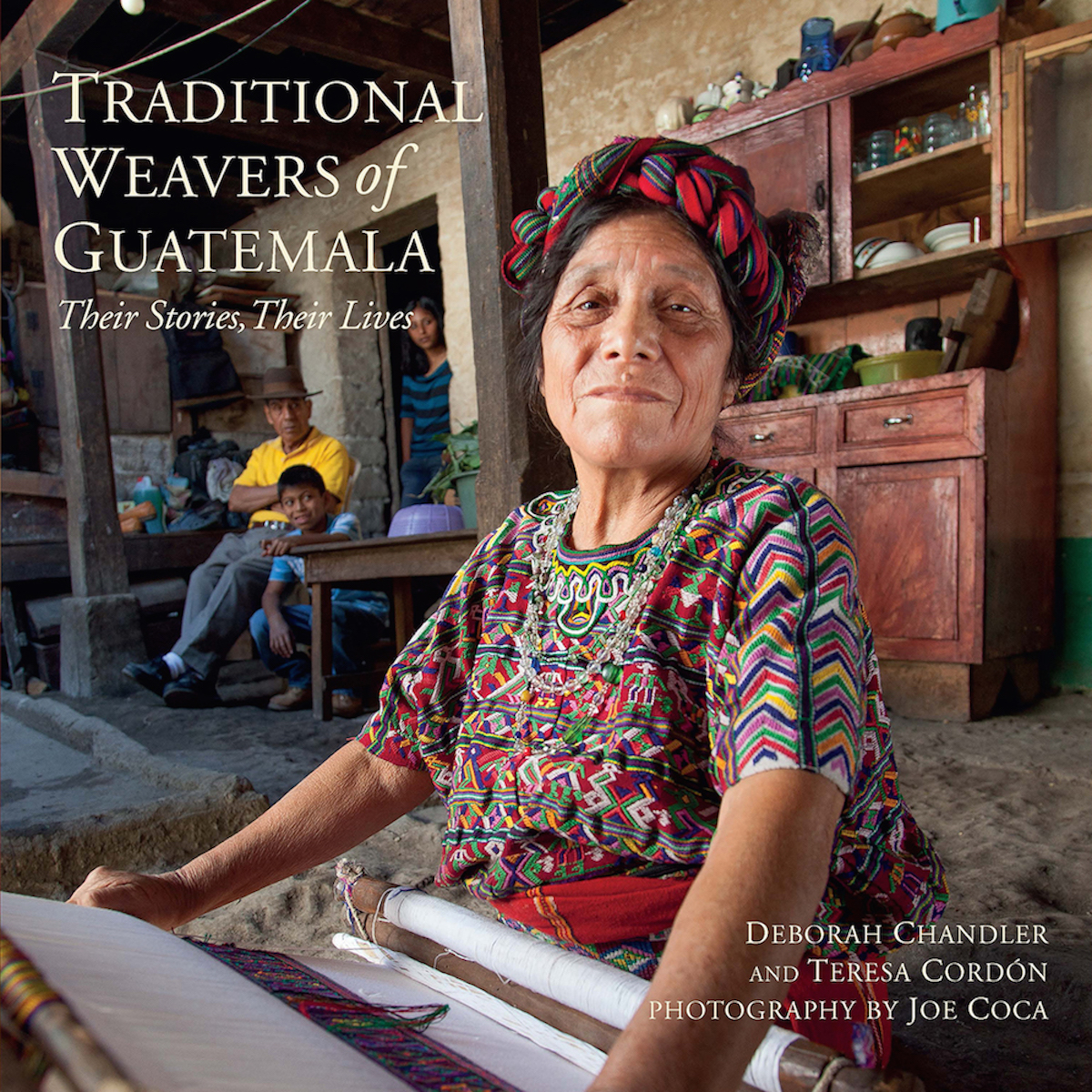 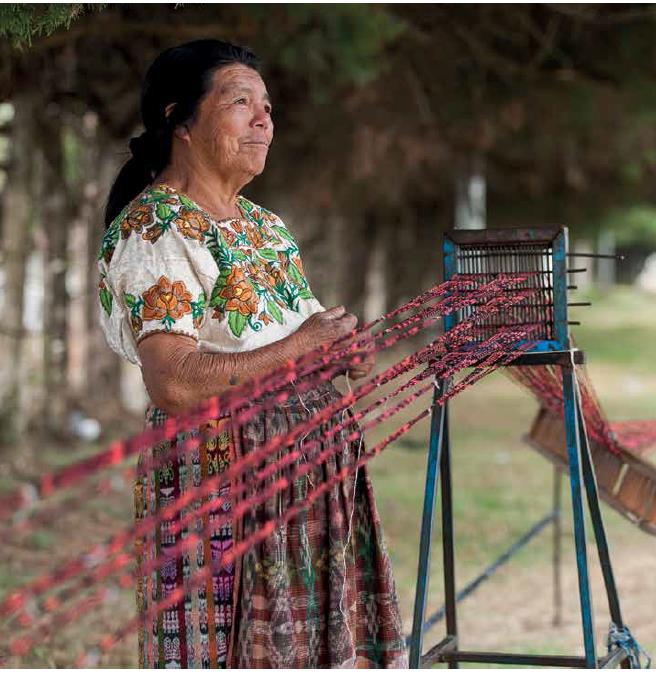 Traditional Weavers of Guatemala: Their Stories, Their Lives