A month ago, I wrote about the connections of language and textiles inspired by a talk I’d heard from anthropologist Wade Davis. Since then, I’ve continued to bump into new stories, affirming that relationship between word and thread.

First, I received an email alert from Yale University about the current exhibition called “Text and Textile” at the Haas Arts Library. In describing the exhibit, the curator wrote, “Text and textile are linked far beyond their shared  linguistic origin in the Latin verb texere, meaning “to weave.” Both are situated at intersections of the material and the cultural.” That echoes what Davis said about language being “a vehicle through which the soul of each particular culture comes into the material world.” The Beinecke Library at Yale is presenting a companion exhibition and between the two libraries you will find, among other goodies, an eighteenth-century recipe for blue dye, a quipu from Peru, Eve spinning in a thirteenth-century manuscript, embroidered Renaissance bindings, and Gertrude Stein’s waistcoat.

And shortly after that, I read about a conference that the Craft Study Centre in Surrey, England is having next week: Craft and Text, exploring the relationship between craft and text, literal and metaphorical. Among several speakers, tapestry weaver Pat Taylor will give a talk titled, “Text and Tapestry, A Weaver’s Perspective,” that will illustrate the importance of narrative in woven tapestry, an idea she’s been practicing in her own work for years.

And then I read that the Maiwa School of Textiles in Canada, is offering a lecture and workshop later this year by Tim McLaughlin called “The Poetics of Textiles.” A textile–text grand slam!

The smart folks at Maiwa say this: “Like all great arts, textiles recreate our vision of the world. We hold them up as exemplars of skill, ingenuity, creativity, and ambition. Textiles are poetic metaphors woven from ideas just as much as they are physical items woven from fibres.”

Thinking about the range of textiles represented in Thrums books—handwoven silk from Laos, huipils from Mexico, embroidery from Afghanistan, cortes from Guatemala, mantas and chullos from Peru, and tons more—they are all metaphors, aren’t they? A kind of translation of moments in history, and also beauty, hope, family, landscape, laughter, heartache. Making textiles, like making text, is a process for discovering and rediscovering who we are and what we might become, our story woven again and again in a limitless voice of color.

Celebrating text and textile for over a decade, Thrums Books are available worldwide. 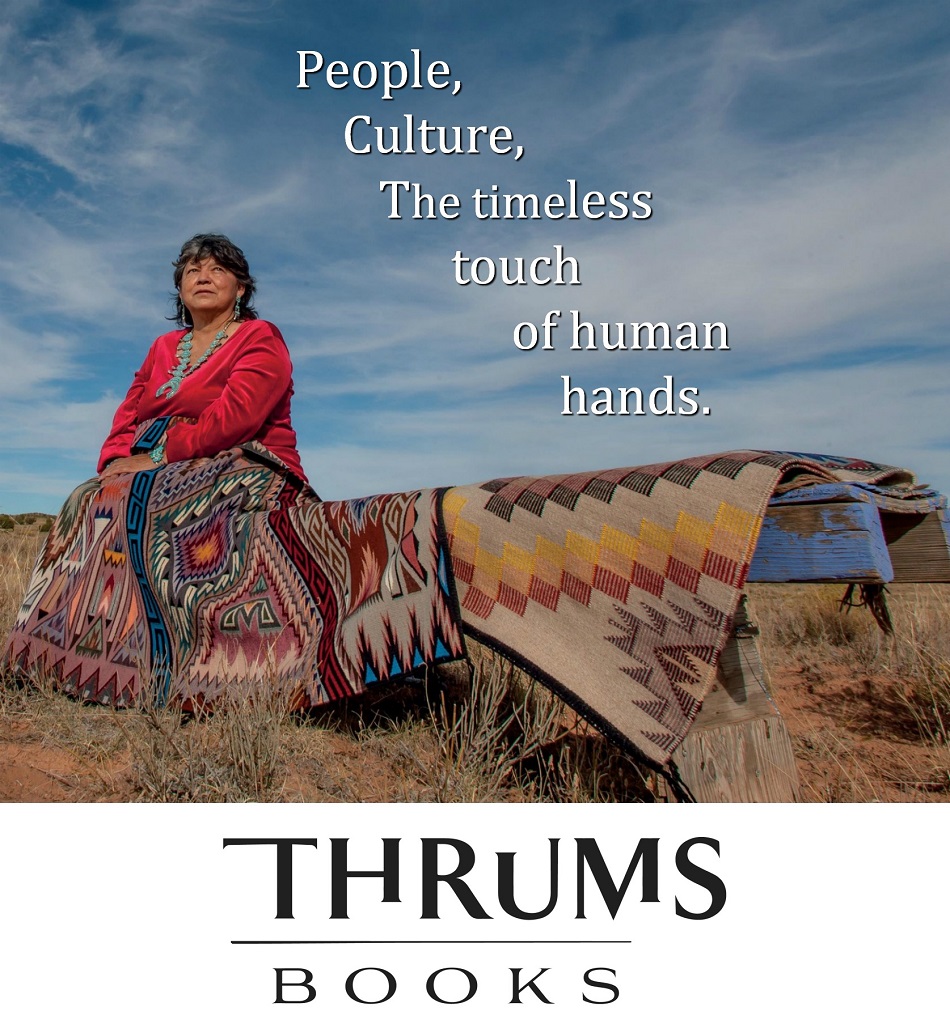