I call my mom, affectionately, “The Closer.” Over the last several years she’s been the recipient of this friend’s or that’s unfinished craft project. Sometimes the assignment is from a friend who has passed away (not to be morbid, but at 86, these things happen), whose children want their mom’s handiwork finished but lack the necessary skills. Other work comes from friends who may lack the eyesight or dexterity to finish something they began years before. Mom always steps up. For most of her life she’s been busy with her hands—knitting, crocheting, embroidering, quilting, and scads of other things. 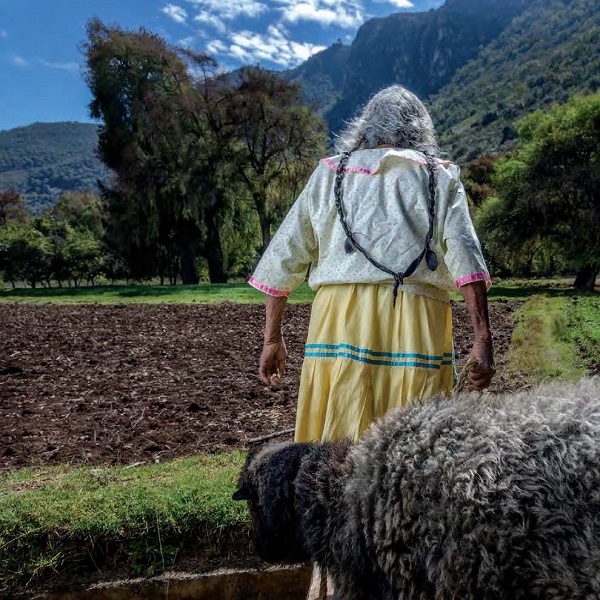 She doesn’t let her own declining eyes or arthritic kinks deter her. In fact, she regards these little craft chores as a kind of antidote for aging.

She isn’t always thrilled about the project. She called me the other night, wanting input on the best color for the back of a swordfish. She’d inherited a, “ridiculous” in her terms, embroidery project that involved an aquatic scene on a dresser scarf. The fish colors had stumped her. I have no doubt that she’ll have her victory over the swordfish in the end.

I admire my mother not only for her follow-through on these occasions, but her curiosity. (She once figured out the technique on a friend’s rug and then taught herself how to Bosnian crochet to close the deal.) And despite the domestic nature of mom’s projects, she very  much enjoys the opportunity to learn about handiwork from other places, other cultures.

Perusing Chip Morris’s Maya Threads she learned about the arrival of the sewing machine to Zinacantán, Chiapas, in 2000. She recalled nostalgically when the sewing machine arrived in her own life—long before 2000! And what a miracle, that machine embroidery could produce those marvelous flowers of Zinacantán.

Reading through Sheri Brautigam’s Textile Fiestas of Mexico, she loved the photographs of the palm weavers in Uruapan, noting how similar this craft was to her own wheat weaving. 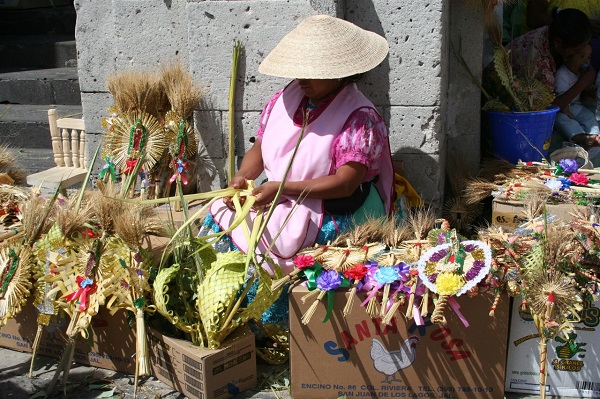 One of my favorite pictures from Eric Mindling’s Oaxaca Stories in Cloth is of Vicenta Jiménez, ambling through her field, sheep in tow. Her likeness to my mom is strong: the long, wispy braids, the purpose in her stride, mountains in the background, a lifelong devotion to sheep.

I suppose what’s most heartening about my mom’s attention to the handiwork of others are the easy and happy connections she finds in lives so entirely different than her own. I am learning.

Thrums Books–the world in textiles
Available at Amazon, ClothRoads, and at your favorite book shop

8 thoughts on “The Closer”