One of the biggest concerns, for those of us who love and work with indigenous textiles from around the world, is “Who will carry on the traditions?” It’s complicated. Young people once learned from their elders, stayed in their home villages, got a sixth-grade education at most, married young, and spun and wove for the rest of their lives for subsistence wages at best. Today they carry cell phones to connect to the outside world, and aspire to go to high school or university. The allure of a profession or a desk job in the city is powerful. To seek an easier, more forward-looking life should be their right. But then what about those exquisite traditional textiles, the ones that require weeks or months of skilled work for low pay?

Pondering this dilemma, Joe Coca and I kicked off a project when we were in Cusco in 2015 with Karen Brock, shooting photography for Secrets of Spinning, Weaving, and Knitting in the Andes. Working with Sarah Lyons, Education Director for the Center for Traditional Textiles of Cusco (CTTC), we gave digital cameras to the Young Weavers groups in each of the ten CTTC villages. Their assignment was to take photographs of traditional life in their communities, which we would then craft into a book. Follow-up workshops at Tinkuy 2017 with 130 kids gave them the chance to learn a bit about how books are made, and to express their ideas about what was most important to them. Each kid will receive his or her own copy of the book.

Well, at last, it’s about to be an actual book. Las Tradiciones Viven! Ñawpa Yachayninchiskunaqa Kawsanmi is ready to go to press. It’s a beautiful little book, and so interesting to look at village life through the eyes of the young people. They have reflected on their weaving and their clothes, of course, and on the daily work of farming and tending flocks. There are vivid depictions of some of the festivals that pace the seasons, and personal celebrations such as weddings (both traditional and modern) and a funeral. There’s a delightful sequence on a little boy’s first hair-cutting in Mahuaypampa, which parallels the story of a little girl going through the same ordeal in Libby VanBuskirk’s Beyond the Stones of Machu Picchu.

I loved seeing the meticulous recording of potato varieties, scores of varieties, by the kids in Patabamba. We had to choose just a dozen for the book because of space constraints. They may look alike to you and me, but one sort has so many eyes it is hard to peel, and thus is used as a test for a future daughter-in-law. And one is said to resemble the testicles of a jaguar (but I wouldn’t know about that). You get a keen sense of how critical this basic foodstuff is to life in the high Andes, and how well the children are educated to understand and appreciate it.

The kids in Chinchero focused a lot of attention on what is changing in their world—farming practices, daily clothing, and more. Change is happening at lightning speed there with the selling off of agricultural land and the development of a big new airport, and the kids are sensitive to this. But it was also interesting to see the community leaders playing with children’s toys at one festival (it’s traditional!), and the intricate hair braiding that sets Chinchero girls apart.

I could go on and on—the 88 pages are packed with images and descriptions from all the village Young Weavers groups. The kids were very definite that they wanted the book to be bilingual—Spanish and Quechua—but we’ve included an English translation in the back. The book is being printed in Peru, but we’re importing a limited number, which will be sold through our sister company, ClothRoads. Watch for an announcement and ordering information in the near future. 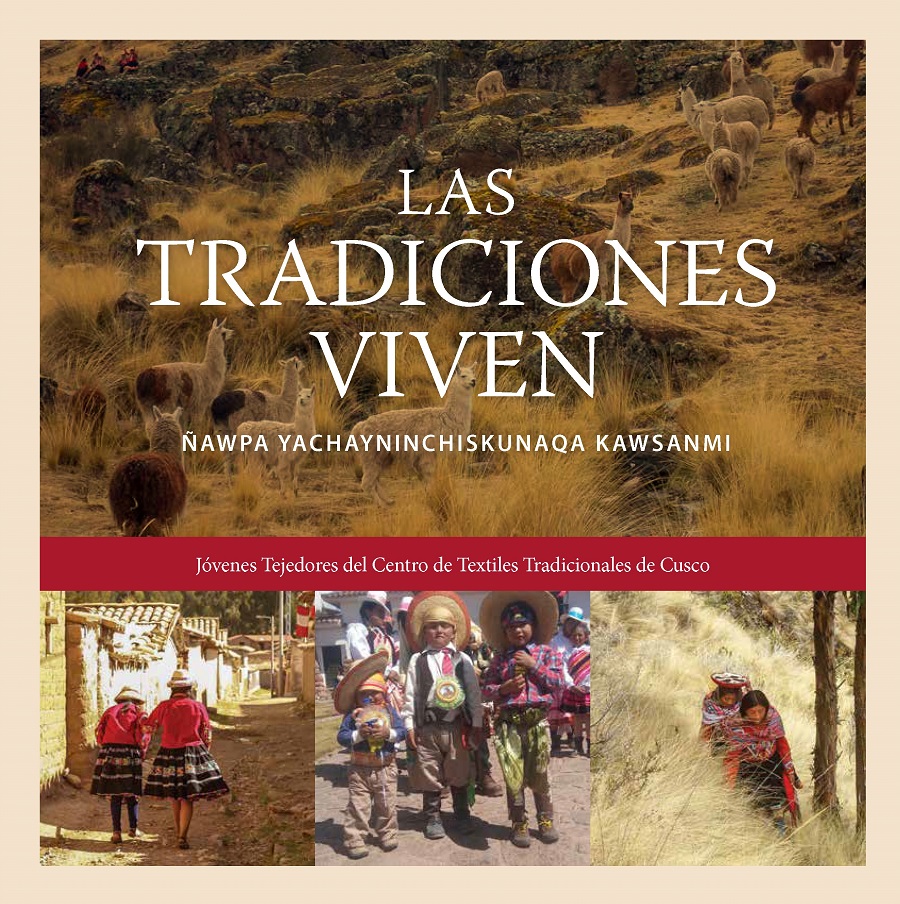 Las Tradiciones Viven! Ñawpa Yachayninchiskunaqa Kawsanmi doesn’t answer that critical question of who will be practicing the traditional textile arts in future years, but it clearly reveals how bright, attentive, and insightful this young generation is, and how much they love and appreciate the traditions of their elders and their communities. There are future leaders among them, and they’ve been inculcated with the values of CTTC.

Learn about textile traditions of Peru in these Thrums Books. 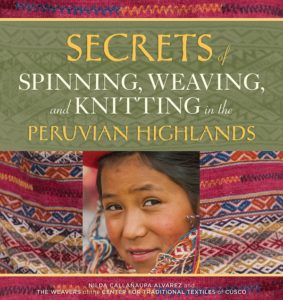 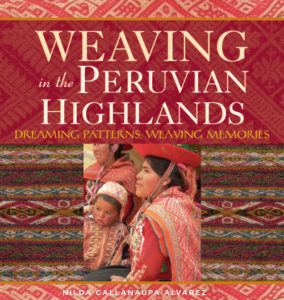 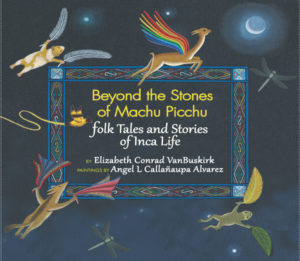 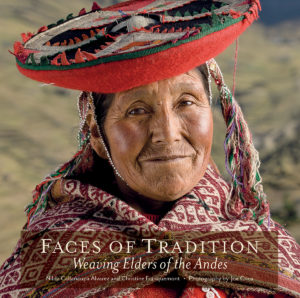 4 thoughts on “The Next Generation”